Iraq closes the door to normalisation of relations with Israel

Iraq closes the door to normalisation of relations with Israel 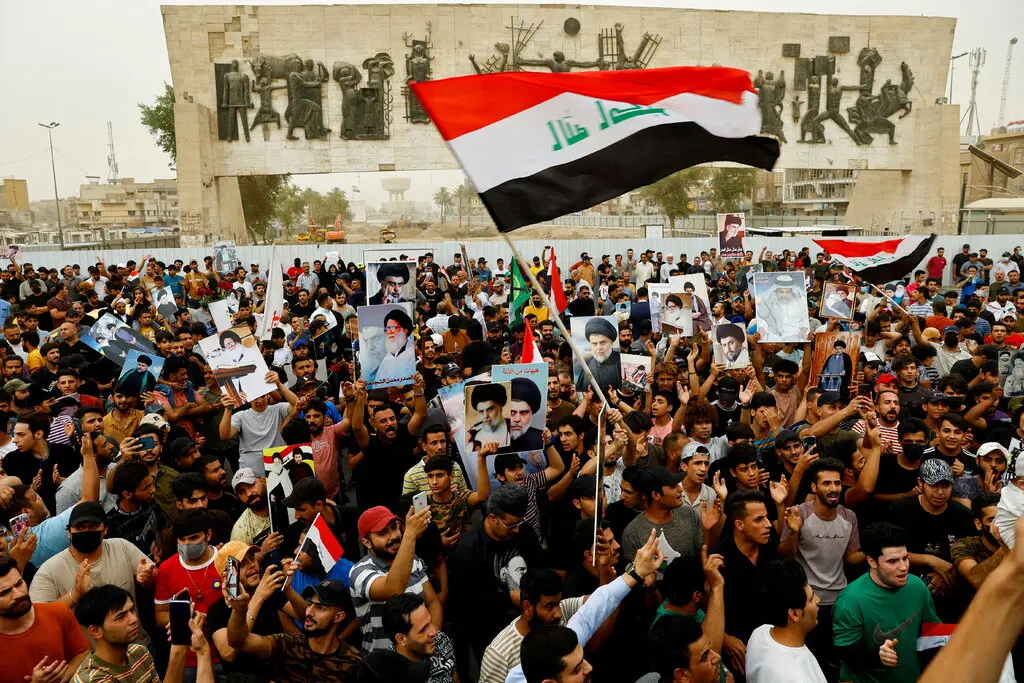 Figure 1: Supporters of the law assemble outside the Iraqi parliament with slogans like "Yes to Iraq, no to Israel.”

Out of 193 member states of the United States, 28 member states still do not officially recognise Israel as a legitimate state, which includes 15 members of the Arab League, including Iraq. Iraq and Israel have had a hostile relationship ever since the establishment of the State of Israel in 1948 and do not even have diplomatic relations. Iraq had never accepted the entrance of Israel into the region and the regional politics. In fact, Iraq was part of the Arab coalition that commenced the First Arab-Israeli War in 1948 and the third and fourth Arab-Israeli wars of 1967 and 1973. Israel has also struck back time and again against the Iraqi contempt, with the support of the United States (US). Israel had destroyed the nuclear reactor of Iraq in 1981, which the Irani forces had already damaged previously.

Post-Iraq invasion by the US in 2003, Iraq had advocated the boycott of Israel in the Arab League. Israeli law has designated Iraq as a hostile state. Both the states have made sure that there is no travel and communication between their citizens as well. Passports are automatically deemed invalid if either citizen tries to enter the country and are not allowed into the domestic boundaries.

The tensions in the relationship grew further in the last week of May as Iraq passed contentious legislation that broadened the law, dated back to 1969, that criminalised the normalisation of relations between Iraq and Israel. Any violation of this law can lead up to life imprisonment or even the death penalty. The law is called “Criminalising Normalisation and Establishment of Relations with the Zionist Entity”. It will come into effect within 15 days after the president’s signature, which would not be a trouble as 275 out of 329 legislators voted in favour of the law.

The move comes at a time when many Middle East and North Africa (MENA) countries are considering normalisation of relations with Israel. The relations between Arab nations have always been tense. However, the Abraham Accords of 2020 came with a new beacon of hope and a possibility of reconciliation and stability in the region. It was brokered by the US and made United Arab Emirates (UAE) and Bahrain the first Arab countries to extend the hand of friendship, opening a route for other Arab countries to establish diplomatic ties with Israel. Sudan and Morocco later joined the normalisation agreement, while Oman is viewed to have great potential to be the next Arab state to normalise ties with Israel.

The timing of this law is during the phase when the Iraqi parliament has been facing political paralysis, unable to reach a consensus on even issues such as the formation of the new government and the election of the new president. Iraq will potentially face harsh backlash from the US. It will also suffer economically as it will affect businesses that operate in both Iraq and Israel. It seems to be an easy way out for the domestic politics in Iraq by feeding onto the hatred for Israel. However, in all probability, the law might turn out to be an impulsive foreign policy decision that might prove disastrous for Iraq and the region in the long run.

“Iraq’s Refusal to Normalize Relation with Israel Is the Wrong Move.” The Jerusalem Post | JPost.com, 26 May 2022, www.jpost.com/opinion/article-708006.