We are living in the most technologically progressive times the world has ever seen, all thanks to the numerous ways we found to make our lives easier through complex codes typed into systems in different parts of the world, controlled by multiple actors and used for several objectives. Facial recognition is one such technology, which has changed the social fabric of China, by implementing it into their social credit system. The same system installed by countries like Zimbabwe and Cambodia is used to keep an eye on their citizens who might act out against their autocratic regime. While in the city of San Francisco, in the USA, the technology was banned by the City Council on May 14th, eight-to-one favoring the ban. Being one of the most tech-savvy cities in the country, San Francisco is the first city in the USA to prohibit the use of facial recognition technology to be used by the city government. 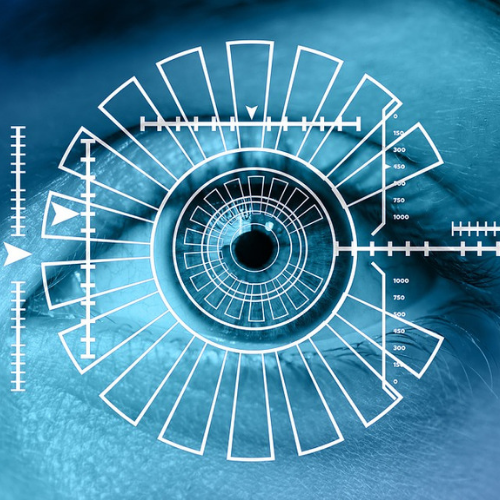 This ordinance which was taken up by the San Francisco Board of Supervisors had concerns regarding facial recognition technology due to the possibility of violation of privacy and civil liberties. This legislation is part of an extended prohibition placing an anti-surveillance ordinance, wherein eight out of the eleven Board Supervisors voted against the use of facial recognition technology by city departments.

The ban is currently against the use of facial recognition technology by law enforcement agencies and the police department in the city. Although the ban is citywide, it does not cover the San Francisco International Airport as it is under federal control or the use of facial recognition technology by private companies as well as phone unlocking through facial recognition in many new iPhone and Android phones. The ordinance aptly named Stop Secret Surveillance Ordinance is said to make history and could potentially encourage other cities and even countries that would ban such technology that can violate citizens’ rights and social justice. For San Francisco, described as the most technologically advanced city in the US, to outlaw such technology could motivate the public to study the problems that come with it.

Furthermore, the new ordinance banning the facial recognition technology barring law enforcement of its usage would also put in place strict oversight over surveillance technology used by the city of San Francisco, including the use of cameras and license plate readers. Furthermore, the city administration would be required to alert the public before attempting to use any new kind of surveillance technology, along with an approval from the board of city council members before its introduction.

Currently, this technology is designed to identify people in a multitude, using live video feeds and recorded footage of an incident or through still photographs using the mugshots of specific individuals. A study conducted by the Centre on Privacy and Technology at Georgetown University concluded that the law enforcement agencies across the US are generating leads in investigations and making arrests by feeding the pictures of celebrities into the facial recognition software. Although unknown to the general public, this can be a harmful trait within the software that keeps learning from the sample photos like that of celebrities, fed into its system. A recent example can be the misidentification of 28 Members of Congress as criminals according to the sample mugshots fed into the system that learns from it. Many departments also use poorly-drawn images in the software to search, to recognize the similarities in facial features and, get leads in an investigation, like in the case of Amazon's facial recognition software, Rekognition, by the police department in Oregon. Other than this, extremely low-quality pictures pulled from the social media accounts are also valid, according to the police guidance documents, as shown in the study.

The legislation in San Francisco is said to have accountability around surveillance technology which has been lacking since its initiation into hands of law enforcement. Various other studies conducted have concluded on the many error rates and the harmful bias the technology showcases. This bias is not the fault of the technology itself, but the way it has been fed information, and the environment it is learning from, bringing up a lot of striking problems.

This discriminatory approach the technology could have was a significant cause for outlawing the technology. The likelihood of incorrectly identifying a person of color, especially of the African-American community was far higher through the facial recognition technology than others. Also, the difficulty of the technology to accurately identify a female has created another reason for wrongful identification of an accused.

Although facial recognition is considered new technology, it has had its fair share of changes to improve its performance through a powerful form of machine learning, also known as deep learning.

Considering the recent update where The International Biometrics + Identity Association (IBIA) rallied against the decision by the City Council of San Francisco calling out the process to lack transparency and a thorough investigation before the ban. They recommended rather than outlawing the technology right away specific safeguards could have been put in place considering the numerous benefits of the technology for the prospect of combating crime and corruption.

American whistle-blower, Edward Snowden, and his infamous reveal of the US government snooping into the lives of her citizens was a blow to the world. Nothing less can be expected from such a promising yet uncertain technology such as facial recognition. Moreover, the San Francisco vote declared that the use of such technology is harmful to a healthy democracy wherein its citizens have a fundamental right to dissent the acts against their civil and social rights. Besides, China utilizes the same technology to monitor and control their society while exporting the same to other countries like Zimbabwe, Ghana, Singapore, Cambodia, and the Philippines. The deleterious use of any technology by a government against their own is unhealthy for a future global community inhabiting together peacefully.

Ronnie Ninan is an intern at the IDSA’s Centre on Strategic Technologies. He is a Physics graduate from St. Xavier’s College (Autonomous), Mumbai and is currently pursuing his Master’s degree in International Studies from Symbiosis School of International Studies, Pune. Twitter handle: https://twitter.com/RonnieNinan