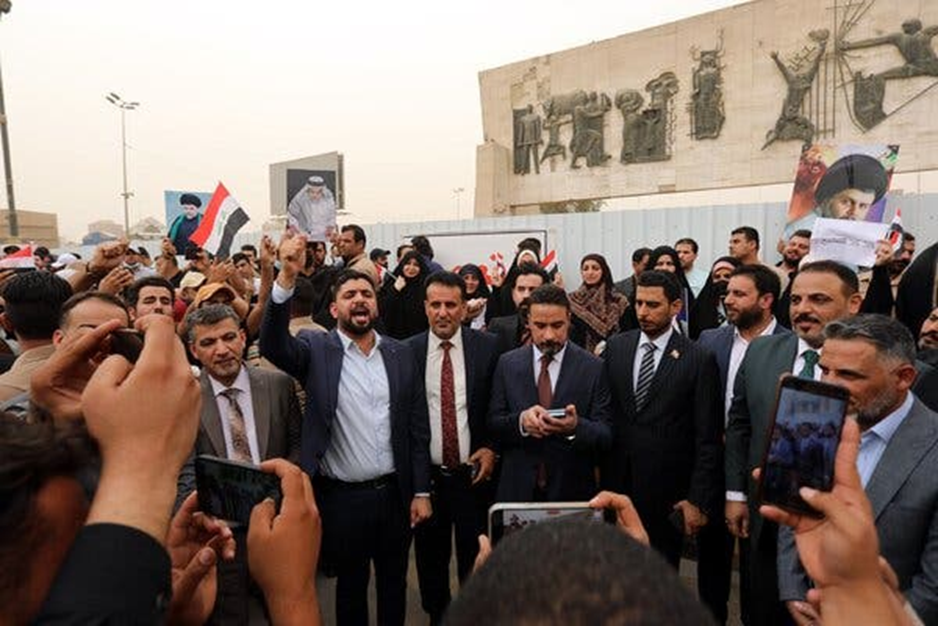 Iraqi lawmakers in Tahrir Square to celebrate the passing of the anti-Israeli law.

The Iraqi Parliament passed the law titled “Criminalising Normalisation and Establishment of Relations with the Zionist Entity” on 26 May 2022.

This legislation, based on a similar law dating back to 1969, however, has now set out much wider definitions for acts that would be considered a violation and make this a crime potentially punishable by death; the legislation also entails risks for companies working in Iraq and found to be in violation of the bill. It is unclear how the law will be implemented as Iraq has not recognised Israel.

The anti-Israeli law was passed under the influence of Shiite cleric Muqtada al-Sadr, whose party won the largest number of seats in Iraq’s parliamentary elections last year. As Iraqis head into another year of electricity cuts and public services deficit, the government is focused on severing ties with Israel.

This law comes at a time where an increasing number of nations have signed on to a campaign driven by the United Arab Emirates to establish diplomatic relations with Israel, making Iraq an outlier in the Arab world. Iraq clearly cites opposition to the Israeli occupation of Palestinian territories as its rationale for refusing to forge ties with Israel. 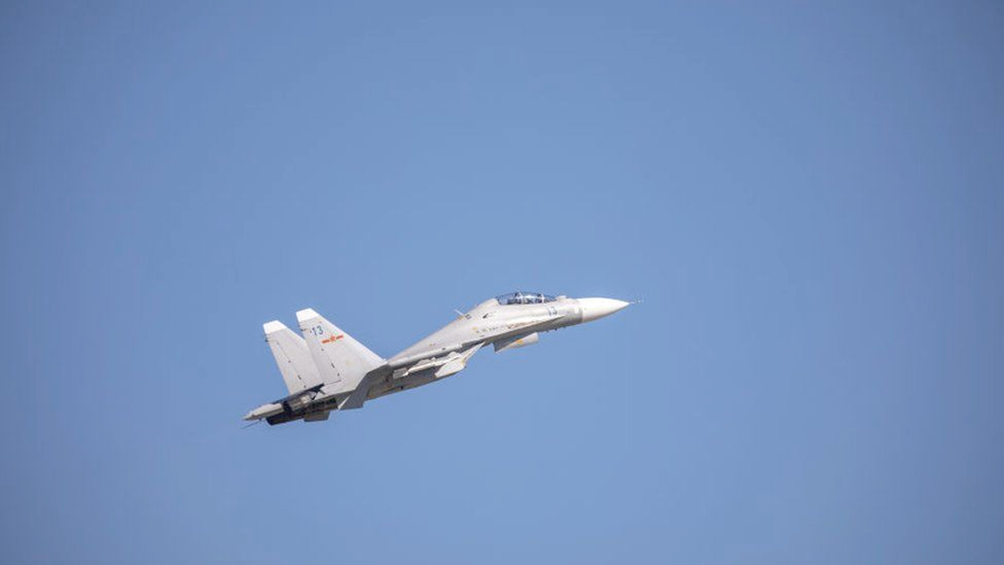 Tensions have increased between Taiwan and China over the past few months. On 30 May, the Chinese Airforce infiltrated the Taiwan air defence zone. Around 30 Chinese fighter jets entered Taiwan’s air defence zone. This was the biggest infiltration since January. In counter-response to the People’s Liberation Army (PLA) jets, Taiwan sent its fighters, issued radio warnings and positioned air defence systems to track. Eventually, the PLA jets went back. The infiltration by China came after US President Joe Biden at the QUAD summit had issued a warning to China over the Taiwan issue.

The infiltration happened when the US delegation was on a visit to Taiwan on Monday. During the meeting with the US delegation, Taiwanese President Tsai Ing-wen said, “US National Guard is planning cooperation with island’s military.” She added, “We look forward to closer and deeper Taiwan-US cooperation on matters of regional security.”

Chinese sorties in Taiwan’s air defence zone have increased massively in the last few months. Through this, Beijing aims to test Taiwan’s defence capabilities, demoralise Taiwanese and keep Taiwan under pressure. Last year, there were 969 infiltrations by China into Taiwan’s air defence zone. For the past couple of months, the Chinese Navy has conducted military exercises near Taiwan. This increase in military activities by China has increased the risk of Taiwan invasion in the near future. 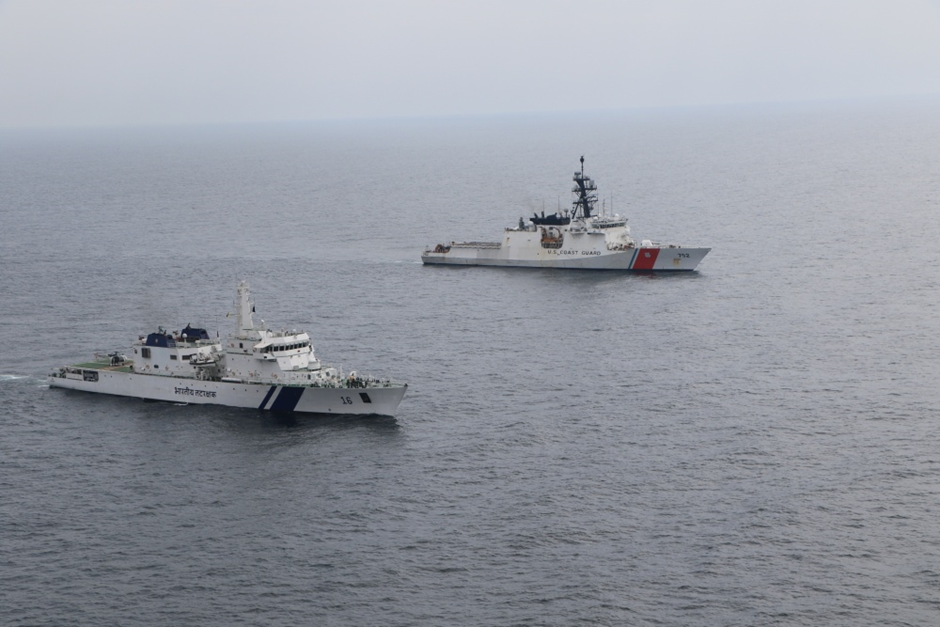 On 24 May 2022, the informal alliance QUAD launched one of its strategic and security initiative called Indo-Pacific Partnership for Maritime Domain Awareness (IPMDA) with an aim to curtail illicit fishing, piracy and monitoring the ships in the region of the Pacific Islands, South East Asia and parts of the Indian Ocean.

This initiative will address the long-standing issue of illegal fishing in the region, addressing long-held complaints from countries in the region about unauthorised fishing by Chinese boats in their Exclusive Economic Zones (EEZ) as well as encroachment by Chinese maritime militia vessels in the disputed waters of the South China Sea.

It is to be noted that though there is no official confirmation by any Quad representative, there is widespread speculation that IPMDA is to serve the purpose of keeping an eye on the Chinese navy and its illegal fishing activity by its civil fish trollers. Quad members will use radio frequency and radar signals to track the ships in the region. The collated information then will be shared with an already established regional surveillance network.

In the past, China has been accused of illegal fishing in international & EEZ water. Their trollers are also blacklisted for not adhering to basic international law and it is a well-known fact that the Chinese use their civil vessels as extended arms of the Chinese navy. An initiative like IPMDA by Quad will not only help the member state but also almost all countries in the Indo-Pacific, especially those who cannot afford high-end surveillance systems.

Tensions between DR Congo and Rwanda on the Rise

Fresh tensions between the Democratic Republic of Congo (DRC) and Rwanda are on the rise, even as the two countries accuse each other of supporting armed militias in the volatile eastern DRC region bordering Rwanda. Kinshasa has charged Kigali with supporting the insurgent Tutsi group M23, which has been operating in the east of the Congo region since 2012. Designated as a terrorist group, the M23 has been excluded from the peace talks between the DRC and other militias that function in the eastern DRC. Before the signing of the 2013 peace accord, the army and UN forces drove the M23 out of Goma, and many of the rebels fled to Rwanda and Uganda.

The M23 has recently resumed attacks, claiming that the DRC government has failed to follow through on a 2009 accord that called for rebel members to be integrated into the army. Fresh violence perpetrated by the M23 has led to a grave security situation, wherein thousands of people have been forced to flee their homes.

In turn, Rwanda has been staging its opposition against the attack executed on its troops by the DRC forces and rebels of the Democratic Forces for the Liberation of Rwanda (FDLR). The African Union has appealed for maintaining “calm and dialogue” amid escalating hostility between the two countries. 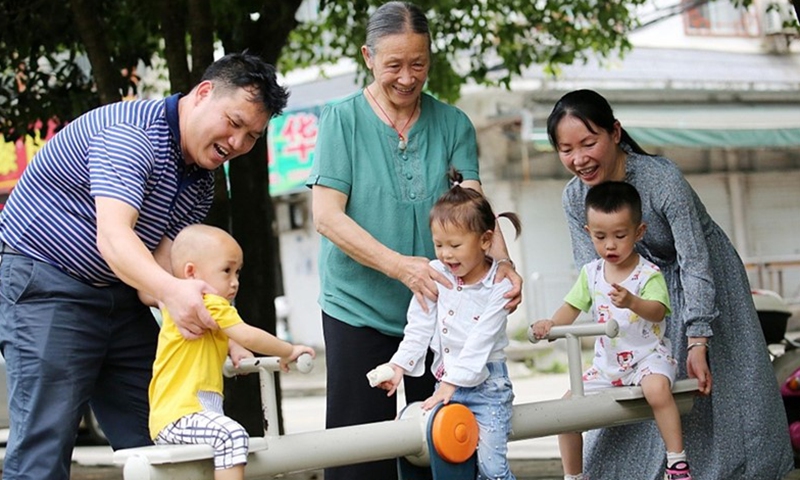 For the last four decades, China has held the top position for being the world’s most populated country accounting for more than one-sixth of the world’s population. However, as per China’s National Bureau of Statistics, in 2021, its population stood at 1.41260 billion and witnessed a rise of a record low of 480,000. It has been estimated that China’s population will shrink for the first time since the great famine of 1959-1961.

In 2016, China abandoned its one-child policy, and in 2021, the three-child policy backed by tax incentives was introduced. However, such policies aimed at encouraging childbearing did not bear the desired results due to several factors, including high costs and low fertility rates. Additionally, the ongoing pandemic has also contributed to a slowdown in the number of births.

As per projections by the Shanghai Academy of Social Sciences, the current year will witness a shrinking population. This estimated dip in population has arrived sooner than expected. This poses a challenge coupled with China’s ageing society, which can impact the economy. A shrinking young labour force can cause the exit of labour-intensive manufacturing units from China to other Asian countries such as Vietnam and Bangladesh, which are labour abundant. 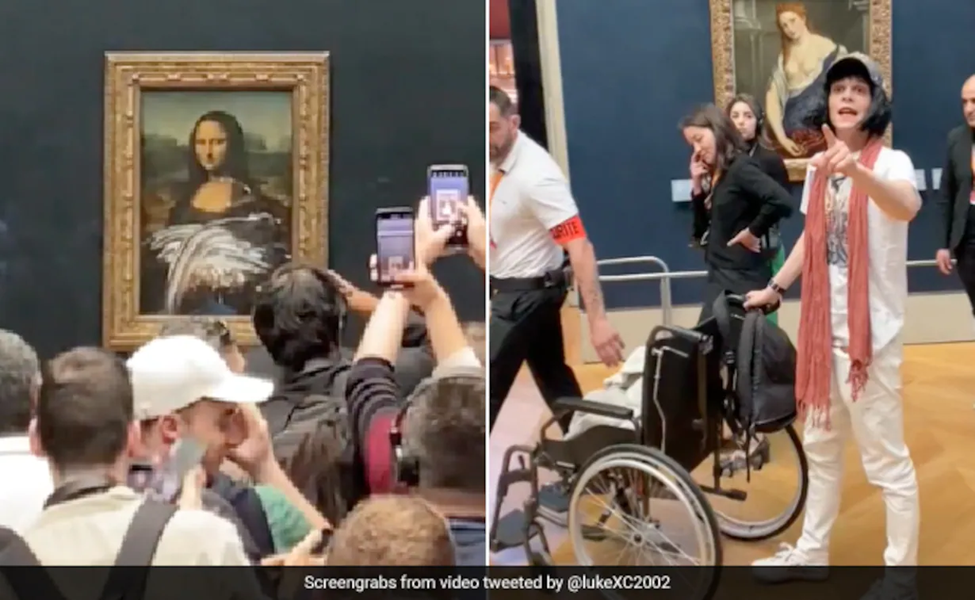 The iconic Mona Lisa painting was under attack by a 36-year-old man disguised as an old woman with a big wig in a wheelchair. According to an eyewitness, the man stood up suddenly and tried to break the bulletproof glass. Failing to break the glass, he smeared cake over the glass.

The crowd began to photograph the event, whereas the museum’s security officers raced to evict the man from the area shortly after the incident. While being arrested, the perpetrator said in French, “There are people who are destroying the Earth. All artists think about the Earth. That’s why I did this. Think about the Earth.” However, post his arrest; he was placed in psychiatric care.

Mona Lisa, a half-length portrait painting by Italian artist Leonardo da Vinci, is considered an archetypal masterpiece of the Italian Renaissance. Described as “the best known, the most visited, the most written about, the most sung about, the most parodied work of art in the world”, it is housed in the Louvre’s largest room, the Salle des États.

This iconic painting has been subject to vandalism in multiple events. Nevertheless, an attempt to vandalize this iconic cultural work was made to draw the artists’ attention to climate change and spread awareness amongst the public regarding the growing vulnerability of this issue.