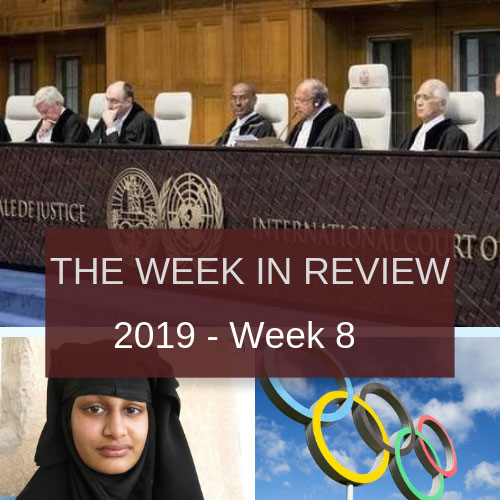 The International Court of Justice (ICJ) began its public hearing on the Kulbhushan Jadhav case. India has urged the international court to annul the death sentence handed out the Jadhav by the Pakistani military court on charges of espionage and terrorism in April 2017. In his statement to the judges, Indian lawyer Harish Salve claimed that the sentence was based on an 'extracted confession', stating that Pakistan acted in breach of Article 36 of Vienna Convention and failed to inform Jadhav of his rights.

Kulbhushan Jadhav is a retired Indian Navy officer who was arrested in Baluchistan in 2016 on charges of espionage and given the death sentence by a military court in Pakistan. While the Pakistan side claims that Jadhav is an Indian spy, New Delhi maintains that he was kidnapped. Jadhav under what India claimed was an 'extracted confession' apparently confessed to his association with the Indian intelligence agency - Research and Analysis Wing (RAW) - and his involvement in espionage and fomenting terrorism in Pakistan. The ICJ had ordered Pakistan to stay the execution until the adjudication of the case.

Who is Shamima Begum? - Aastha Vohra

Who is Shamima Begum? The news story that has made international headlines recently has raised questions on the legalities of citizenship and international law. This woman along with Kadiza Sultana and Amira Abase, who was only 15 years old fled London in 2015 to join ISIS, a terrorist organisation. Within weeks of arrival in Syria, she was married to Yage Reddick a 27-year-old man from Netherlands. Begum was discovered by a times journalist at a refugee camp in the embattled village of Baghouse, Syria. After her last two children died of malnutrition, she has sought permission to return to UK for the health of her third child. As a response to her appeal, her UK citizenship has been revoked by the home secretary Sajid Javid claiming she is a Bangladeshi citizen since her mother is Bangladeshi. At the same time claiming that her baby could still be British by saying "Children should not suffer. So, if a parent does lose their British citizenship, it does not affect the rights of their child." Labour leader Jeremy Corbyn, meanwhile, said Ms Begum had a "right to return to Britain" - and called the decision to revoke her citizenship "extreme".

Ever since, there have been differing views on the treatment that should be provided to the woman and has garnered the attention of international media. Under international law, a stateless person is someone who is "not considered as a national by any state under the operation of its law". Under the 1981 British Nationality Act, the home secretary has the power to strip an individual of its citizenship if it is "conducive to the public good" provided the action does not render the individual stateless. Under Bangladesh law, a UK national born to a Bangladeshi parent is automatically a Bangladeshi citizen - a dual national and that it lapses only once the individual turns 21 years. However, the foreign ministry of Bangladesh claims that she had been "erroneously identified" as a Bangladeshi national.

The International Olympic Committee (IOC) has halted talks with India regarding the country hosting any future sporting events after India refused visas to two Pakistani shooters expected to participate in the ISSF World Cup, in the wake of the Pulwama terrorist attack.

The IOC ruled that "The IOC Executive Board decided to suspend all discussions with the Indian NOC and government regarding the potential applications for hosting future sports and Olympic-related events in India, until clear written guarantees are obtained from the Indian government to ensure the entry of all participants in such events in full compliance with the rules of the Olympic Charter - and to recommend that the IFs neither award to nor hold sports events in India until the above-mentioned guarantees are obtained."

In the IOC's view, the Indian stand was, "against the Fundamental Principles of the Olympic Charter, in particular the principles of non-discrimination, as well as the IOC's and the Olympic Movement's position, reiterated on many occasions over the past few years, that equal treatment must be guaranteed for all participating athletes and sporting delegations at international sports events, without any form of discrimination or political interference from the host country". The IOC sanctions may lead to cancellation of international events this year in badminton, chess, golf and hockey, among others.