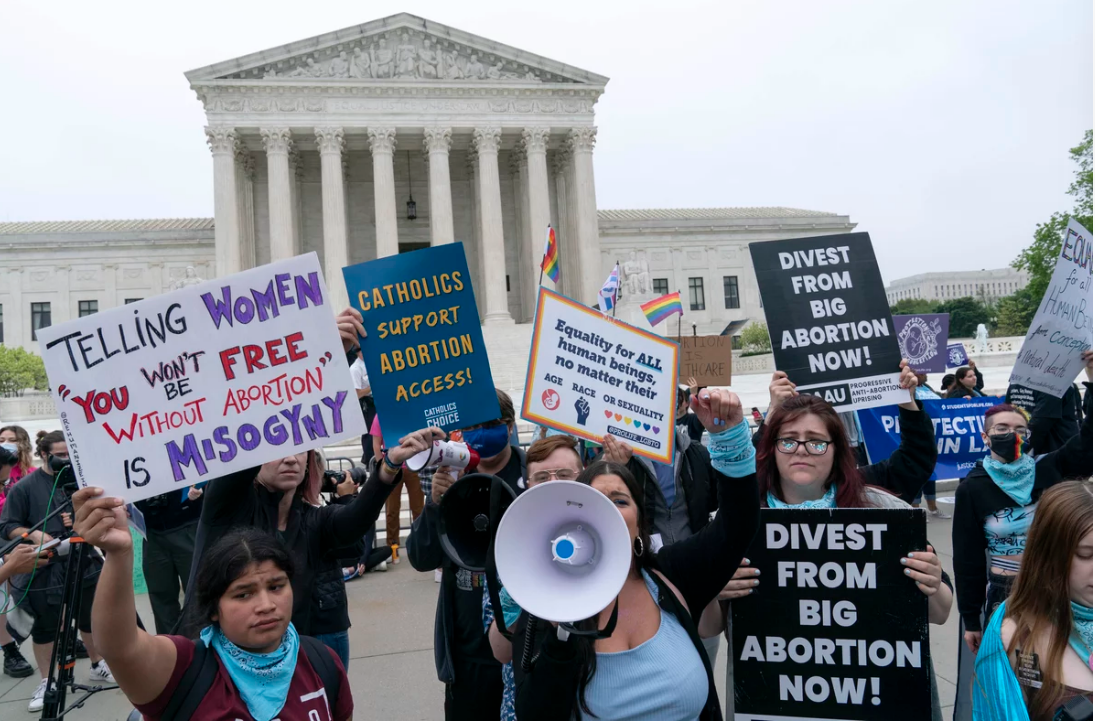 Roe v. Wade is a legal case from 1973 where the Supreme Court of the United States of America recognized that the regulations on abortion are unconstitutional. The court stated its belief that having these regulations is violating women’s rights to privacy and liberty which makes it significant for abortion to be an individual’s decision rather than something decided by the Government. Since then, the rights of women to have abortions in the United States have been protected by the law. Women have been given access to safe abortions by medical professionals in all the American States. However, a recent leak of a draft from the Supreme Court has shown that the court’s majority opinion is in favor of reversing the Roe v. Wade ruling. A draft that is very likely to turn into a law.

The documents were published in Politico and showcased that five out of the eight Supreme Court judges were in favor of reversing Roe. The main reasoning of these judges behind their support for this decision was that abortion is not rooted in the nation’s history and traditions which makes it unconstitutional. This argument itself is majorly flawed for the main reason that there are a lot of laws that exist today which did not exist at the time when the Constitution was written, but these laws are pertinent. For instance, slavery and segregation existed in the United States of America, and women were not allowed to vote at the time when the American constitution was drafted. But today laws have been put into place giving women the right to vote and abolishing slavery and segregation. While these laws have not succeeded in putting an end to racism and sexism, they form the crux of America today and the ‘freedom’ that the country is so proud of. These laws are also significant as without them the society as we know it today would collapse.

This decision will also lead to a massive loss of life. It must be understood that this bill is banning the compulsion of states to grant access to safe abortions. People would still get abortions but it would be unsafe and is very likely to lead to severe casualties and death. According to the New York Times, it is estimated that after the ruling there would be over seventy-five thousand people in the United States who would want an abortion but would be unable to get one. A lot of these people are going to die especially since over half of this population lives below the poverty line. It would not be possible for the majority of the people that want to have an abortion to afford to travel to another state that permits it. Over twenty-five percent of women in the United States access abortions. Women may not be able to finish their education or be unable to work due to not having the right to decide if they want to bear a child, this will not only negatively affect economic growth but will also lead to an increase in poverty. This decision will also affect people who identify as transgender as being forced to carry a pregnancy for them will result in increased gender dysphoria.

Another major implication of banning abortions that should be addressed is that this will hurt other countries. A lot of countries, including India, have cited the Roe v. Wade case to legalize abortions and improve access to the same. Reversing Roe might have negative implications for India and these other countries as the foundational argument for providing access to safe abortions under the law will be shaken. There is a possibility that some of these countries might follow suit with the decision of America to ban abortions. It must also be noted that after Roe v. Wade is reversed several other laws stand at the risk of being reversed, especially with the Supreme Court having a republican majority. For instance, laws legalizing gay marriage are predicted to be struck down next which would once again have negative implications not just for the United States of America but all over the world.

It must be understood that this case is about more than just abortions. This is a fight for privacy, a fight for basic healthcare, a fight for people to have the power to make decisions over their bodies, and a fight for equality. Abortion is a choice and a choice that should be in the hands of the individual who is pregnant. Forcing people to carry out pregnancies is a violation of their freedom and privacy especially if they choose not to carry a child. People who choose to terminate pregnancies should be allowed to do so in a safe manner. To reiterate, reversing Roe is a ban on safe access to abortions. Abortions will continue and lives will be lost due to the unsafe nature of these abortions. It can thus be concluded that banning access to abortions is going to have severe negative implications including widespread loss of life and thus it is pertinent to fight for abortions to remain legal.