The Unspeakable Victims of the Russia-Ukraine War

The Unspeakable Victims of the Russia-Ukraine War 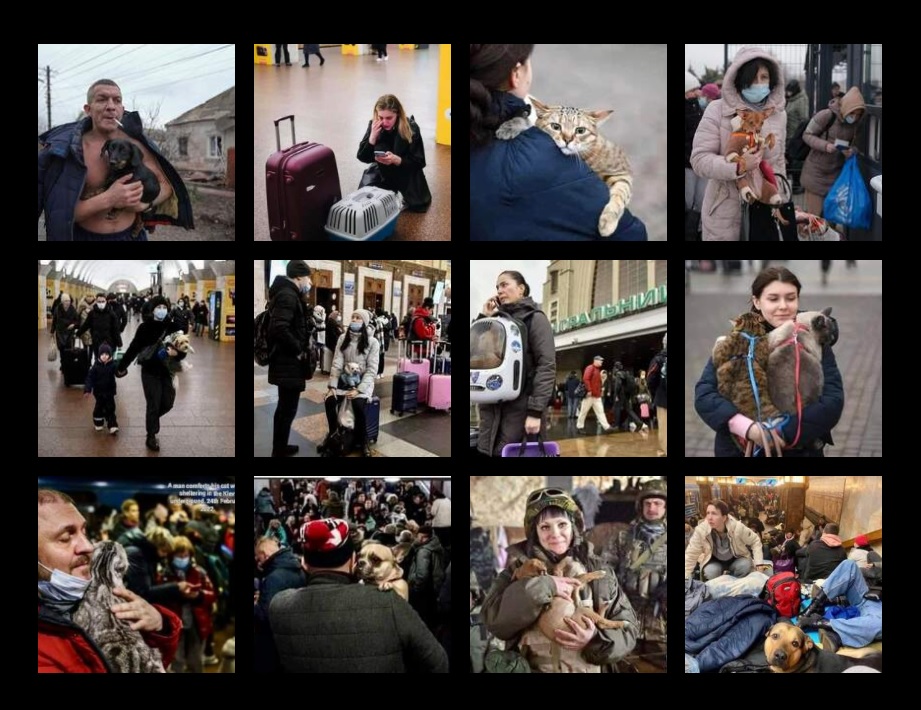 Collage made by the author

Protests are being registered from people and organizations around the world, asking their countries to provide humanitarian assistance to the people of Ukraine. While efforts are, indeed, being taken by each country to reach out to the students, doctors, etc., residing in Ukraine and bring them home, it is a very tedious and arduous process. Amidst this scenario, there are also some objections being raised by activists and civilians alike, about why assistance is restricted to humans.

The cold and hard fact is that no one wins in war regardless of who is fighting. There are bound to be losses on not only the opposing parties’ sides but also on the neutral and unwilling spectators caught in the war zone, human or otherwise. People in the world who do understand this truth have been flooding their governments and international organizations with requests to help the animals trapped in Ukraine, regardless of pets or streeties. There are even some pet-owners who have simply refused the offers of asylum from their home countries because they are being forced to leave their furry friends behind.

One such incident made it to the national and international media when Mr. Rishabh Kaushik, an Indian studying engineering in a college in East Ukraine, posted a video on social media asking for help to transport his dog back to India with him. The video caught the attention of the People for the Ethical Treatment of Animals (PETA), whose offices in India petitioned and eventually succeeded in convincing the government to relax its laws, allowing animal companions to travel with the citizens being rescued from Ukraine (Kar, 2022). At last count, only four border and twelve non-border countries from the European Union (EU) were allowing transport of animals from Ukraine, but efforts are well underway to bring about the same change in a lot of other countries, too.

However, these allowances have been made only for pets and domesticated animals traveling with the rescuers. The welfare of stray animals in Ukraine is still in question, even though PETA has taken measures for that eventuality, too (UK, 2022). After starting on the 25th of February with nearly 20 tonnes of food supplies for shelters in Ukraine, volunteers from PETA Germany crossed the Polish border into Ukraine only in the early hours of Friday, 4th March (PETA, 2022). The organization is also hoping to transport its first batch of animals from the shelters, particularly, but also from other places, very shortly.

The only good that comes out of disasters and wars is the way people come together, across racial, national, religious, and lingual identities, to deal with the aftermath of the event. The world has seen this proven time and time again, no matter the nature of the event or the beings in need of help, even though it is disappointing to note that this unification becomes possible only during times of great distress. Unfortunately, since it has also been proven that one requires a weapon to fight the war called life, it would be wise to take the advice of Thomas Fuller, notable author and historian of the 17th century: ‘Kindness is the noblest weapon to conquer with.’

The UK, P. (2022). Updates on the Situation for Animals in Ukraine. The United Kingdom.